In an attempt to reduce and combat toxicity within their game, Ubisoft will “activate” Reverse Friendly Fire (RFF) on the Test Server.

In their Dev Blog, they say;

The goal of this system is to contain the impact of players abusing the friendly fire mechanic, while maintaining a degree of flexibility for accidents. . . . .  . . . read more

It looks like we’re heading down under, as it was announced that the next map coming to Rainbow Six Siege will be Outback. It will come as part of Operation Burnt Horizon which will be the first of the Season 4 set.

Just a few days before the announcement of Outback, we were teased with information on the 2 upcoming SASR Operators. In their news post, it is noted that there will be an Attacker and Defender, which isn’t all that surprising but they do mention gadgets. The pair of Operators has been described as “Two old mates from way back” with information giving insight into each – “One’s a stoic Attacker who’s just there to get the job done, and the other is a quick-witted Defender who’s in it for the guts and glory.” . . . .  . . . read more

If you are one of the few who haven’t yet played Counter Strike: Global Offensive you now have the chance to play for free. Although, it does mean that you have to play offline with bots as it is only available for “offline play against bots and spectating matches through GOTV.”

Inside the release notes for the 29th of August it was noted that CS:GO would get a free edition, available on the Steam store along with a host of other improvements. This free version will be a great way to get into the game without facing more experienced players and getting a taste of one of Steam’s top games. . . . .  . . . read more

BIG Fest 2018 is going to be an exciting one! Not only will we have our LAN finals for our SEL tournaments, we will be hosting a retro games area amongst other activities!

This retro area will be like a shooting gallery, with a range of light gun games that will be available to play. The number of setups we will have is not 100% definite yet but you can expect there to be at least 3 or 4. . . . .  . . . read more

Yes, you read that title correctly, we will be having offline qualifiers as well as our already existing SFV online league!

After 2 weeks worth of our SFV League being online, we have heard the community’s concerns and respect the desire for future SFV Scottish Esports League events to be held offline. So, that is what we have done! We identified FGC groups and events, in the community, and offline qualifiers have been created. Reset Aberdeen’s Crush Counter, Turbo Tuesdays in Kirkcaldy and Burn To Fight held by Glasgow’s Maximum Impact Gaming are all hosting events which will give SEL qualifier points towards the SFV finals in October. . . . .  . . . read more

Along with our own Scottish Esports League events, we are keen to support local events. So I have compiled a short list of just some of the events that are coming up in the next couple of months:

With Operation Para Bellum going live today, I’m going to take a look at both the original patch notes and the patch notes addendum that they released after TTS servers were closed.

The main changes we’ll see with Operation Para Bellum are the addition of the new map and 2 new operators.

“The villa was specifically designed to offer a competitive showdown. It sets the stage for diverse gameplay, providing wide staircases, narrow tunnels, and secret hatches. Don’t let the lush décor fool you, the villa is deadly: some of its floors are destructible and can fully expose you.” . . . .  . . . read more

Some news coming from Ubisoft regarding Season Two of Year 3 in Rainbow Six Siege earlier in the week, with a full reveal happening on Rainbow6 Twitch channel on May 19th-20th 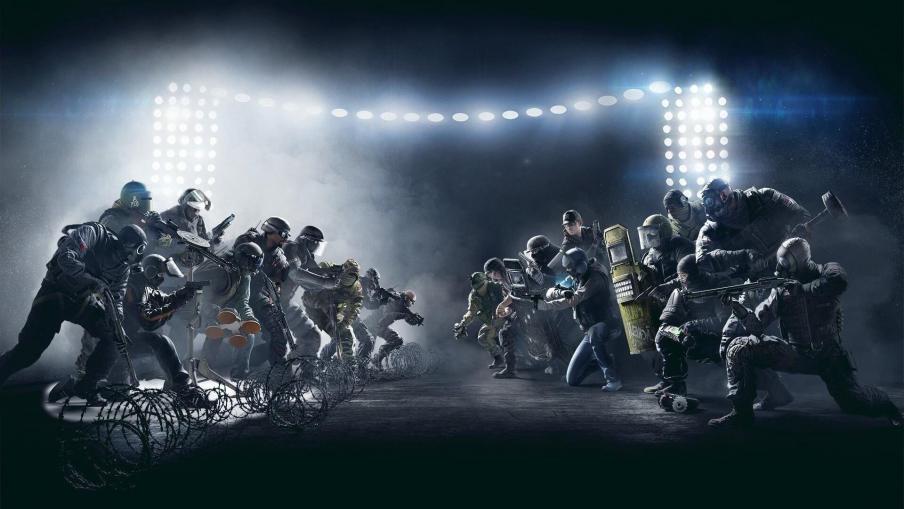 Recently I have found myself becoming more, and more engrossed in Rainbow Six Siege and I’m now always looking to improve at the game. I don’t consider myself to be a beginner now, however, I am definitely not anywhere near pro level. With the introduction of Rainbow Six Siege at SEL I thought I’d bring over some of the tips and guides that I used and looked at to improve my game. . . . .  . . . read more

Tweets by @EsportsSCO
Skip to toolbar
We use cookies to personalize content and provide features, advertising, and analytics. By using our site, you consent to cookies. Find out more.